The Central Plaza skyscraper took over from the Bank of China Tower in 1992 as the tallest building in Asia, a record which was then lost in 1996 to Shung High Square in Shenzhen.

At 374 metres tall and with 78 floors, Central Plaza is currently the third tallest building in Hong Kong, surpassed only by the International Commerce Centre and Two International Finance Centre. It is topped by a 102-metre mast.

Unlike the majority of buildings, Central Plaza is designed with a triangular shaped floor plan to optimise views of Victoria Harbour for 20% more of the office area.

The highest church in the world

Central Plaza is also home to the highest church in the world, the Sky City Church. There are services on Sundays at 11 am and 6 pm. 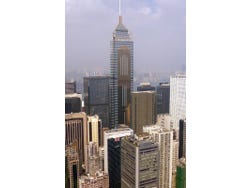